Prince, 12 ducks and 1 goose:
Jerre Fisher, an amazing rescuer, mother and wife most recently passed away after losing her battle with cancer. Jerre had an enormous heart and many rescued animals, most all of which her family was able to place. A few of the very special have come to reside at our Sanctuary. Their story follows;
Never have I had such a group of animals come in with so much spirit in them. 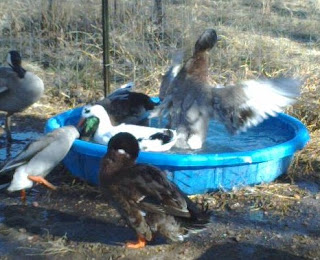 Jerre’s animals most definitely carry her within them. This was obvious the minute I saw them. Twelve ducks and one goose, all reside together at our Sanctuary now and as I observed these animals after placing them in their yard, I began to realize just how special they really are; They all carry scars like Jerre did of injuries past that they mostly healed from. 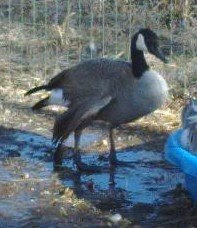 The goose had a broken wing and leg that are now long healed, this goose has a very kind eye, there are a couple of the ducks that have had broken legs and still get around just fine with the flock thanks to Jerre saving them. 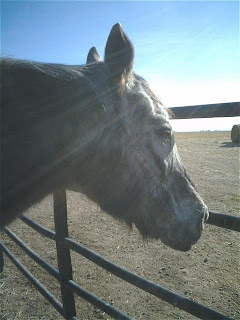 Prince is Jerre’s 34 year old appaloosa gelding who came to Denkai with a very special diet. Prince has no teeth so is on senior feed, beet pulp and several other supplements to keep his health up. Never have I ever experienced a horse this angry and hurt. For the first two days here, Prince refused to eat, after all he had been removed from the only place he had called home for about 10 years, what was this strange place and where was his mom; The woman that used to feed him every day by hand and pet him while he ate?

About day three Prince had had it with me, he was ticked off and letting me know about it. I walked into his pen to feed him his grain and he came at me with ears pinned and eyes bloodshot. I figured, ok, he either eats or he bites me. Well he went to the bucket of food as I was holding it and ate. I cried hard and began to pet him, his ears went forward as through my tears I told him that I was so incredibly sorry he had lost his mother and that she missed him so badly and wanted him to be ok. The anger in his eyes began to disappear and just like that we had made headway. I stood there that day petting him, crying and talking to him for an hour while he ate. Since then, Prince has been a little bit better about eating on his own, but always welcomes the company of Sweet Pea. Volunteers are needed for Prince to give him the one on one attention he deserves and has grown used to. Please contact us if you can help or would be willing to contribute towards the cost of his care: info@denkaisanctuary.org or (970) 895-2337.
Posted by Floss & Volunteers at 2:34 PM

Floss & Volunteers
Denkai Sanctuary, Colorado, was founded by Floss Blackburn, a lifelong lover of animals and believer in the humane treatment of animals. Floss has over 16 years of experience working with and observing both domestic and wild animals in her native Colorado. This has allowed her to develop strong skills in her own life pertaining to treatment of animals as well as outdoor survival skills and working with at-risk as well as mentally and physically challenged children and adults.